Following the extension of the ongoing industrial action by members of the academic staff union of universities, the Students Union body of the Ladoke Akintola University of Technology (LAUTECH), Ogbomoso, has asked the LAUTECH chapter of ASUU to pull out the strike.

The students in a statement issued and jointly signed by its President, Anuoluwa Adeboye, and Public Relations Officer, Gabriel Michael, on Friday, 18 March, gave the union 72 hours to withdraw from the ongoing strike or face a mass confrontation as they would be considered saboteurs to the institution's progress.

The student body who asked the leadership of ASUU LAUTECH to follow the path of their counterparts at the Kwara state university who backed out of the strike said it had earlier reached out to the leadership of LAUTECH ASUU on Monday, March 14, for an open dialogue, but were ignored.

They further accused the union of fighting for their selfish interest and having the time to mobilize other ASUU Chapters to LAUTECH but kept giving the student body ''flimsy excuses'' on why they couldn't meet for dialogue.

Imam Hamzat College Of Education notice on resumption for...

UNILAG VC laments over high electricity tariff, warns of a possible blackout in... 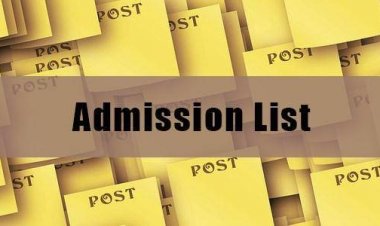 [Updated] List of Schools that have released UTME/DE admission...