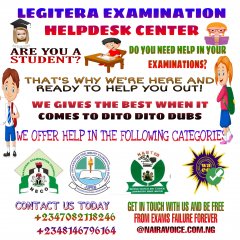 This is in the exercise of the powers conferred on the Governor as the visitors of the university.

The extension takes effect from January 7, 2021, and will last for another six months, during which period necessary machinery would have been put in motion for the appointment of substantive Vice-Chancellor.

The Governor wishes the Acting Vice-chancellor the best in his assignment.

Chief Press Secretary to the Governor

ABUAD notice to new and returning students on 2020/2021 resumption

FUNAAB issue a disclaimer notice on staff recruitment in...

NAUB notice on review of academic events for 2nd semester,...