Some students of Rufus Giwa Polytechnic have accused some operatives of the Nigerian police force of extortion and abuse.

The students who shared their encounters on Twitter called on relevant authorities to help them recover their monies from the extortionists. 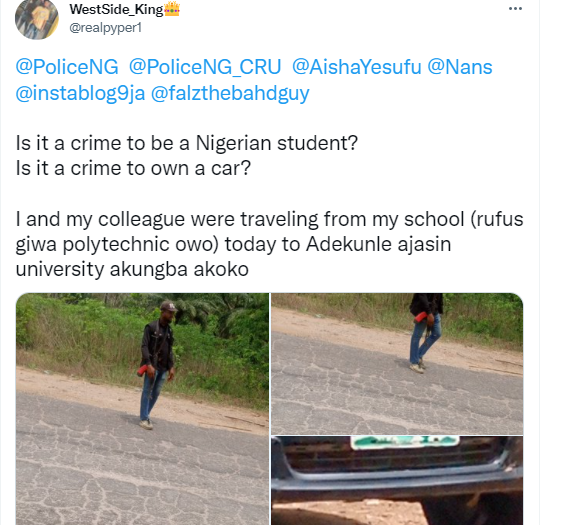 According to one of the victims @realpyper, they were stopped by the policemen while they were going to AAUA for their final year project case study. They were then searched by the police and despite not finding any incrimination evidence on them, the police reportedly threatened to shoot them and dump their bodies in the bush if they do not release the money they had on them

The student said he and his colleagues had no choice but to surrender to the extortion of the rogue policemen.

KADPOLY notice to students on resumption of academic activities

Prospective JAMB candidates are to link their applications...

EBSU faculty of social sciences and humanities notice to...